Get fresh music recommendations delivered to your inbox every Friday.
We've updated our Terms of Use. You can review the changes here.

If Flying On The Ground Is Wrong 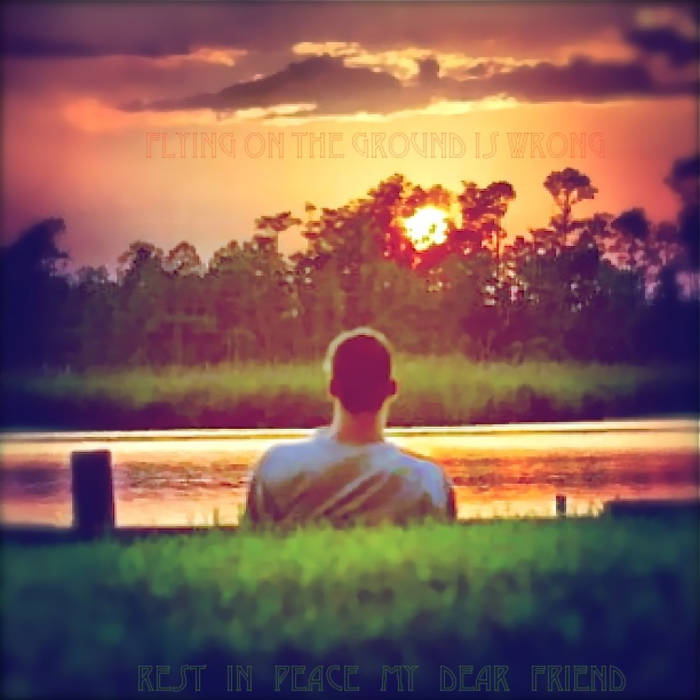 This song comes with the very sad and tragic loss of life.
I lost a friend this week. The world lost a good person.
We all lose with this one.
I have known Mike Schutzmann for the better part of 15 years now.
He was a good person...He loved music...He loved having a good time...Even people who may have only met him once, knew he was a good one. From my partner's words, "This one goes to your kind, kind friend.. who made me laugh, made me feel lucky to be your partner, and who had a twinkle in his eye... I feel so blessed to have met him, have had a few drinks, (or three too many) I'm lucky to have had laughs with him.... what a gem....
Back in 2007, Mike had moved to Tampa, Florida. While he was there, we had many conversations of how he missed New Orleans. We talked about alot of things..mostly music.
You see, Mike had offered to pick up a tape recorder for me and lug it all the way back to New Orleans.
He did so out of the kindness of his heart. You see... He always did great things for people.
I recorded alot of great music on that tape machine, The mighty Tascam, the first one I ever owned. Some of those songs you can hear on this website.
I recorded a song in his honor and thought I would share it with you.
It is a Neil Young song called, "If Flying on the Ground is Wrong"
It is very fitting because it is the last music we listened to together.
Mike had visited Chicago a few months back and we had a real good time.
As I dropped him off to catch his train, we were listening to Neil Young in my truck. He asked who was singing, and I said, "Neil Young"
He said, "It's pretty bad ass."
I said, "I thought you were gonna tell me it was too wimpy!"
He said, "You know...I don't just listen to heavy metal! This shit's bad ass."
I'll leave it at that.
It was a real good moment.

For Mike. Rest in Peace brother.

Is my world not falling down
I'm in pieces on the ground
And my eyes aren't open
And I'm standing on my knees
But if crying and holding on
And flying on the ground is wrong
Then I'm sorry to let you down,
But you're from my side of town
And I'll miss you.

Turn me up or turn me down
Turn me off or turn me round
I wish I could have
met you in a place
Where we both belong
But if crying and holding on
And flying on the ground is wrong
Then I'm sorry to let you down,
But you're from my side of town
And I'll miss you.

Sometimes I feel
like I'm just a helpless child
Sometimes I feel like a king.
But maybe, since I have changed
I can't take nothing home.
I want to change.

City lights at a country fair
Never shine but always glare
If I'm bright enough to see you,
You're just too dark to care.
But if crying and holding on
And flying on the ground is wrong
Then I'm sorry to let you down,
But you're from my side of town
And I'll miss you.

Recorded to the beloved Tascam.